The League of Women Voters have developed an informational handout (printable PDF) to help you through the voting process. Print it out and carry it with you on Election Day, or read it online. 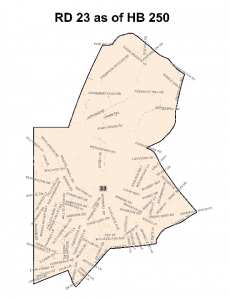 Delaware has divided the state into forty-one Representative Districts – RDs – and each district elects one State Representative to serve it. The 23rd RD includes some of the City of Newark, along with areas west and north of town. It is noteworthy that every ten years the state redraws the lines, to adapt to shifting population. The 23rd RD district was redrawn in 2011, and now includes more communities north of Newark, and less of the actual southern half of the city, than it had before 2011.

We have included several links below, to help you learn more about our district, and how to vote in the General Election on November 8th.

Below you can find some valuable voter information. Need to know what district you’re in? How to register, or vote absentee? Find out using the links below.